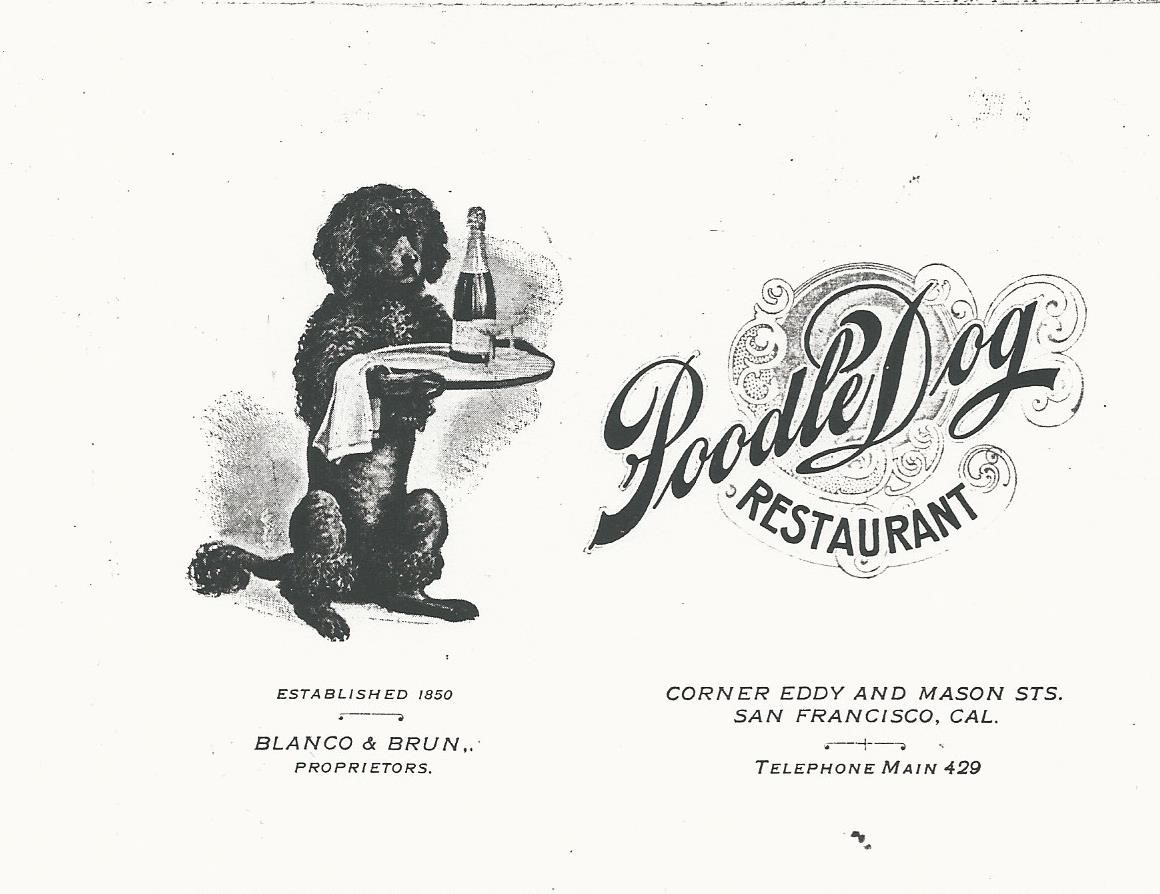 San Francisco legend tells of a French restaurant in the gold rush days of the city named Le Poulet d’Or. Though beloved by the patrons that came down from the gold fields, many had a hard time pronouncing the unfamiliar language of the restaurant’s name. Some began to simply call it Old Poodle Dog, and soon that’s what it became.

Over the years the restaurant had several locations, including one destroyed in the 1906 earthquake. By 1915 a five story building on the corner of Eddy and Mason Streets was the Poodle Dog’s new home. It was renowned for sumptuous food, lavish parties, and the notorious “private dining rooms” on the top two floors. Sadly the owners closed the doors in 1922 when Prohibition took full effect, saying “great cuisine must have wine”.

I couldn’t agree more and therefore created Old Poodle Dog Cabernet Sauvignon as an homage to that sentiment, and to the spirit of San Francisco that loves and celebrates wine and food every day. Each vintage we will select portions of wine from the various vineyards that comprise COHO for their rich, fruit forward flavors to make an ideal wine for early enjoyment.